Part of the reason we moved to this house was the space available to build a studio for Alex to paint in and we're about to start the process. Here's the site, currently a muddy grass area between the fruitcage, shed and vegetable patch: 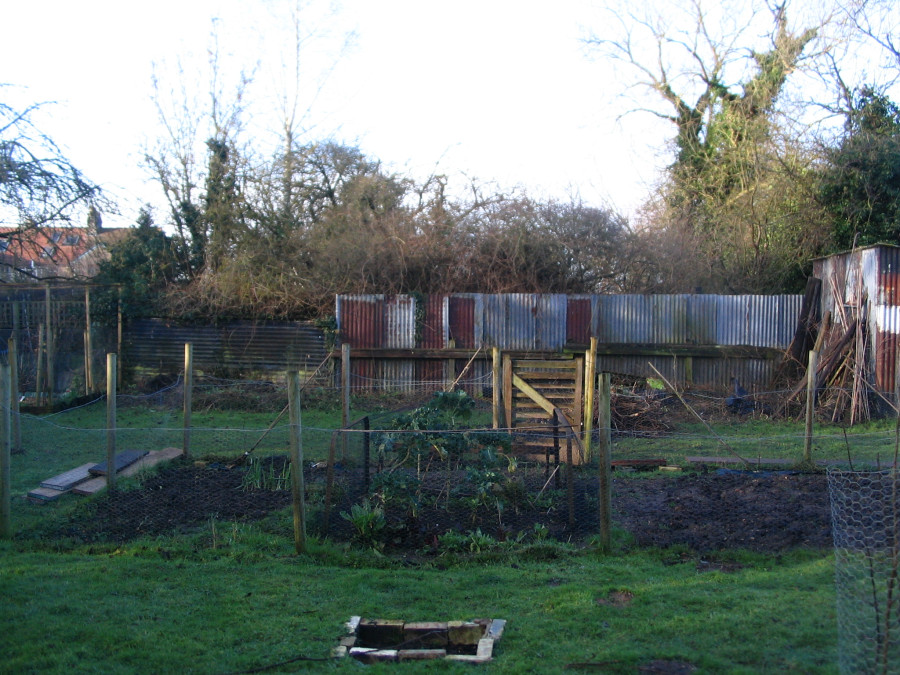 Once I've cleared the old telegraph poles, concrete/asbestos roofing sheets, assorted scrap metal and other rubbish I'll have to fill in a few holes (it's where our Christmas tree has spent the last three summers, part-buried in a pot with holes in it) and try to level it. The foundation for the studio will be Hawklok recycled plastic tiles laid on a base of sand and weed membrane - it would take a massive amount of concrete and a huge amount of labour to prepare the ground otherwise.

The studio itself will be 3.5m x 8.5m, a 'log cabin' style building from Dunster House. We considered designing and building a building from scratch, but although this would be a lot of fun it would take a lot of time that I simply don't have, so we'll be adapting an existing prefabricated building (which also neatly sidesteps the issues of planning permission as these buildings are under the various height limits required for planning). We'll have to add some skylights (Alex would prefer as much wall space as possible with indirect lighting, so we might even need to block up some windows), insulate the roof, walls and floor and line it with boards. The site is a long way from our house, so there's no chance of a mains power connection - heating will be via a portable gas stove and lighting will be a solar system using LEDs.

It's going to be a significant project but we hope to have it finished by the Autumn when our youngest goes to primary school. More photos to come!
Collapse